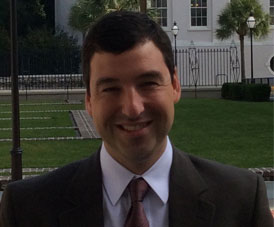 South Carolina has a juvenile justice system for children, separate and apart from the adult system (General Sessions Court). A "child" is defined by statute in S.C Code Ann. § 63-19-20. The juvenile justice system is distinctly different from the adult system based on the premise that the State of South Carolina protects and safeguards the welfare of its children. The primary purpose of the juvenile justice system is to save a juvenile from the stigma of a criminal conviction and its detrimental consequences. The General Assembly has given the Family Court exclusive jurisdiction to ensure that the best interest of the child is the paramount considerationin Family Court prosecutions.

Once a juvenile criminal case has begun in Family Court, a Family Court judge hears the matter and makes findings of fact. The Family Court can adjudicate the juvenile as a delinquent and has a wide variety of rehabilitative measures at its disposal including probation, supervision, restitution, mentoring, treatment, or commitment to the Department of Juvenile Justice (not to exceed the juvenile’'s twenty-first birthday). No adjudication by the Court of a child is a conviction, nor does the adjudication operate to impose civil disabilities ordinarily resulting from conviction. Additionally, criminal cases regarding juvenile defendants in Family Court are confidential and closed to the general public. Access to court hearings and information regarding specific juvenile criminal cases in Family Court are not available to the general public, and are restricted pursuant to the laws of the State of South Carolina. See S.C Code Ann. § § 63-19-2010 et seq.

Under certain circumstances involving very serious crimes, a juvenile may be bound over to be tried as an adult in the Court of General Sessions if the Family Court judge considers it contrary to the best interest of the child or of the public to retain jurisdiction in Family Court. See S.C Code Ann. § § 63-19-1210 et seq.